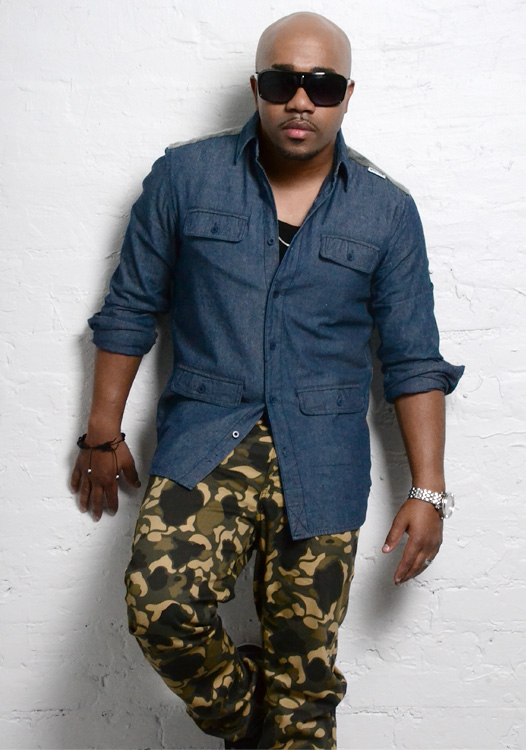 Sean Simmonds is a Christian urban and hip hop music mogul who is on fire. Songwriting, producing, singing and acting keeps him busy in between running a record label, being a husband, father and a humanitarian. The Toronto, Canada native, who now calls Atlanta, GA his home, is arguably the most creative and fastest rising artist and executive in Christian music.

Sean’s career has been a steady build over the years and he is now on a fast track forward as a result of faith, hard work and determination. He also continues to boldly speak truth in the midst of all that has shaped and shaken in his life. This has laid the foundation for God to place doors of opportunity all around him. “If you come to a certain place that you know you wouldn’t be without Christ, you will worship Him in the truth of knowing where He brought you from,” explains Sean. “If it’s something you’ve worked hard for and lost or felt a lot of pain, your experience will dictate your outward cry to God.” This has been the conduit for Sean’s creative talents.

Showing no signs of slowing down, Sean is currently in the studio working on his third solo album The Genesis slated for a 2013 release. Sean calls The Genesis his manual. “I’ve gone through some things professionally, spiritually and musically and I want to share it with the people and become a tool or voice to those coming into this ministry,” he enlightens. “There is still an industry behind this and although you call what you do ministry, there are still people and gatekeepers that are keeping it stuck in a place or mold. I want people to learn what they are involved in and at the same time, make sure you allow God to be the full captain of your ship in all of the work you must do in this walk of faith.”

Sean is also taking his forward movement worldwide. He participated in the 2011/2012 Fall “Misfit Tour” with label mates The Ambassador, Da’ T.R.U.T.H and Sound Walk Music Recording artist Mali Music in the US and the Caribbean. In the summer of 2012, Sean was also a part of the “Move Tour” with Label mates The Ambassador and Da’ T.R.U.T.H along with Gospel songstress Jessica Reedy and others. The “Move Tour” became a global brand and travelled to Africa where they ministered in 7 different countries.

As a husband and father of three sons and 1 daughter, Sean is also planning the launch of his Double S Foundation, dedicated to the research and eradication of Sickle Cell, a disease his mother is currently stricken with. His practical commitment to improving the world through ministry includes his role as spokesperson for advocacy groups Children Without A Voice, and World Vision.

With such an unparalleled work ethic and drive, you can call him a mogul, the quintessential artist or a man on a mission. He is that dude! He is Sean Simmonds.