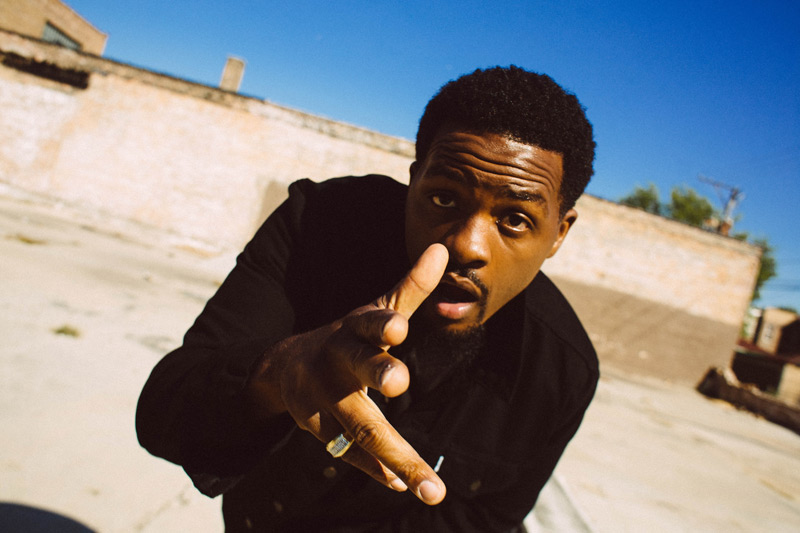 Chicago singer, songwriter, and emcee, Gemstones (formally Gemini) is the definition of a true talent. Gemstones began his career in 2001 when he linked up with then unknown fellow Chicago rapper Lupe Fiasco. Fiasco and his partner, 1st and 15th Productions founder Charles Patton immediately signed Gemstones and in 2006, he inked a major recording contract with Asylum Records and released his first mixtape, Untamed Beast. Later that year, MTV gave Gemstones the opportunity of a lifetime when he hosted Chicago’s version of the networks documentary series “My Block”. The “My Block: Chicago” soundtrack featured four tracks from Gemstones, including his single “Got What You Need” accompanied by the music video that received heavy rotation on MTV and MTV2. The success from “Got What You Need” landed Gemstones the opportunity to host MTV2’s Suckerfree Countdown, sending Gemstones’ career into overdrive. He has also been featured on MTV’s Diary, which aired internationally. While working on various projects, including both Lupe Fiasco’s Food and Liquor and The Cool, Gemstones’ popularity reached international levels. He has also featured on tracks with artist such as G. Dep, Poo Bear, Bryce Wilson, Drake, and Jay-Z as well as touring the world as part of Lupe Fiasco’s The Cool Tour. The tour reached countries such as New Zealand, Australia, and France, making Gemstones a house hold name amongst music fans all over the world. He began putting together his debut album “Troubles of the World” and in the summer of 2007, Gemstones and label mate Lupe Fiasco released the projects first single “We On”. The duo attended the BET Awards that same year and began promoting his debut project to a worldwide audience. After traveling the country Gemstones returned back to the studio and in 2008, he released his follow up project, The Testimony of Gemstones. Following the release of The Testimony of Gemstones, in 2009 Gemstones decided to part ways with his 1st and 15th family, bringing his finished “Troubles of the World” project to a standstill. He took a small hiatus from music, to build a relationship with God and accept Jesus Christ as his Lord and Savior. He also focused his attention on building his own brand and expanding his fanbase. In 2010, Gemstones re-emerged and released his highly anticipated street album Road to Glory: My Story. With the release of Road to Glory, Gemstones found his ever growing fanbase reach new levels, utilizing the World Wide Web by releasing various viral videos and taking advantage of the growing social media scene.
By building his company “Gemstones for Life”, he is actively touring and performing in various cities and expanding his resume by writing and producing for new and established artist in the music industry. Fans can look forward to newly inspired music from Gemstones, reaching a global audience from all walks of life through his creative and eclectic reinvention.